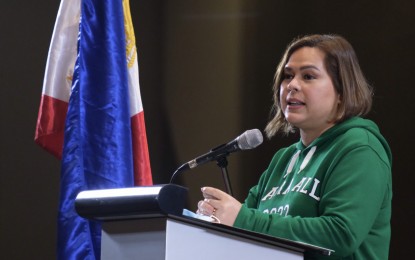 DAVAO CITY: Mayor Sara Z. Duterte on Tuesday said she supported the withdrawal of her father President Rodrigo Duterte from the senatorial race and Senator Christopher Lawrence Go from the presidential race in the 2022 polls.

“The filing of candidacy and withdrawal is a personal decision. We can only support that decision,” she said in a statement.

President Duterte personally submitted his statement of withdrawal on Tuesday for senator in the May 2022 national and local elections.

On November 15, Duterte through lawyer Melchor Aranas filed his certificate of candidacy (COC) for senator.

Based on the statement of withdrawal, the Commission on Elections (Comelec) law department received the document at 4:59 p.m.

He submitted his statement of withdrawal hours after Go withdrew his COC for president.

Earlier, vice-presidential aspirant Mayor Sara announced her picks for the Senate which still included her father.