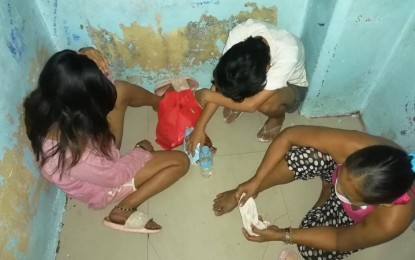 Capt. Ernesto Sanchez, Police Station 2 Cogon commander, said four females were at the site in Canitoan village on Saturday afternoon but only three of them were involved in illegal drug peddling.

The fourth one is the mother of one of the suspects and will be charged with obstruction of justice.

“The mother of one of the drug suspects tried to beat the police using a piece of wood. Fortunately, the police officer evaded the attack,” Sanchez said.

Alleged shabu with an estimated weight of 2.4 grams and a market value of PHP16,320 were confiscated.

The city is under enhanced community quarantine due to detected Delta variant cases but the police continue to monitor the illegal drug trade.