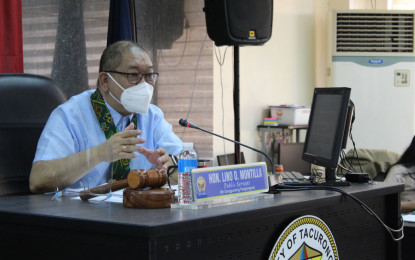 Montilla filled the vacancy left by his elder brother, Mayor Angelo, who passed away on June 6.

Mayor Angelo, 69, succumbed to coronavirus disease 2019 while undergoing medication in a hospital in General Santos City. His death came as a surprise for city government employees since he was last seen performing his duties as mayor on June 4.

Meanwhile, based on the same provision, Sangguniang Panlungsod Member Lalaine Montilla, Lino’s wife, being the councilor with the highest number of votes in the 2019 elections, subsequently took her oath of office as the new vice mayor.

The couple vowed to pursue the primary dream of the late mayor for Tacurong City, which is improving the lives of all its constituents.

“My brother has left a legacy that I ought to sustain for the city,” Lino said during a short telephone interview here.

The urn that contained the ashes of the late mayor lies in state at his residence while the burial date is yet to be announced.