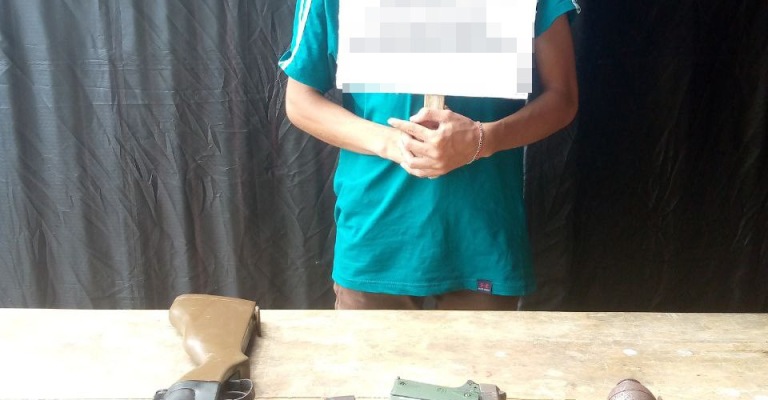 LAMITAN CITY, Basilan: A 22-year-old Abu Sayyaf Group (ASG) member in Basilan turned over his firearms and explosives to the military during his surrender last Sunday.

“The 22-year old identified only as Ajid and a resident of Lamitan City submitted himself to the military troops,” said Western Mindanao Comand (WestMinCom) Chief Lt. Gen, Corleto Vinluan, Jr.

According to Lt. Col. Ampati, Ajid turned over one cal. 45mm with four rounds of ammunition, one cal. 40mm M203 Grenade Launcher, and one fragmentation hand grenade.

Ajid and his surrendered items are currently under the custody of 4SFBn for proper disposition.

Brig. Gen. Gobway expressed his commitment to the attainment of lasting peace in Basilan.

Since January 2021, a total of 19 ASG personalities were killed in Basilan and nine firearms were gained by the military.

“My congratulations to all the members of JTF Basilan for the continued vigor and dedication,” the commander added.