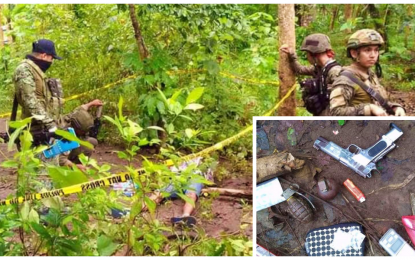 CAMP SIONGCO, Maguindanao: The long arm of the law has caught up with an alleged large-scale drug trafficker-cum-terror bomber following a predawn joint police and military operation in Maguindanao Friday.

“Pendaliday died from multiple gunshot wounds while his companion managed to escape, bringing with them wounded companions,” Galido said.

The slain terrorist was implicated in the murder of more than 20 people, including government soldiers and civilians in Maguindanao. He was also linked to kidnapping, motorcycle heists, and cattle-rustling.

Galido said Pendaliday’s comrades left him after he fell from bullet wounds in the head and body.

The suspect’s remains were turned over to Datu Paglas police.

Galido said pursuit operations against remnants of the BIFF will “continue relentlessly to bring about peace” in the troubled Datu Paglas and the nearby towns.