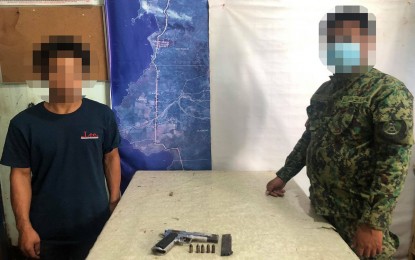 BUTUAN CITY: A squad leader of the communist New People’s Army (NPA) has surrendered to the Philippine National Police (PNP) Monday afternoon in the Agusan del Norte town of Santiago.

In a statement Tuesday, the Police Regional Office in Caraga (PRO-13) identified the rebel only as “Saski,” 30, a resident of Santiago.

“Saski” had been in the NPA movement for more than three years, he added.

“He is also listed in the Periodic Status Report of the Joint AFP (Armed Forces of the Philippines)-PNP Intelligence Committee Area for the 1st Quarter of 2021,” Caramat said.

He said the surrenderer “wished to renew his life” through the programs and services under the Enhanced Comprehensive Localized Integration Program (ECLIP).

The NPA is listed as a terrorist organization by the United States, European Union, the United Kingdom, Australia, Canada, and New Zealand.