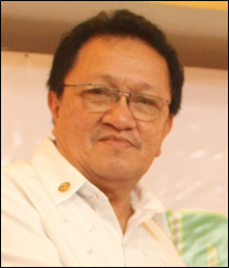 “We live like in the dark ages of the old. But as we’re the ones in our age, it’s most painful to us, and present-day politicians couldn’t save us.“

In our own world that we call Islamic, or Muslim’s, or living according to its cultural or religious values, allegorically or synthetically or otherwise, politicians are still politicians. They are not saviours.

Therefore, let us not blame them. If you like, kick their ass, or, at least, not to allow them buy our souls and make our future unworthy of living. And if you still allow them, stop murmuring or moaning of what pains it brings to you.

For we understand that the political system we are in isn’t the way we’d like it to be. It isn’t Islamic and we’re Muslims or supposed to be Muslims with our own Shari’ah as taught us by the Qur’an and the Hadiths.

If I may, I should say we are living in a dark age like the old ones. But as we are the ones in this age, it is most painful to us. While we still enjoy the convenience of science and technology, and the so-called good world, material world, they feed us, we still feel living like slaves without freedom.

Hope, however, is inborn to every Dark Age as students of history will tell us. God so loves the world, as a saying goes, that He sends His appointed saviours and messiahs to save the world.

I agree that God will not change our condition as a people unless we do change it by ourselves. How can we change without God’s help? We need His Guidance, do it, and be close to Him to heed our plea. This is where the ulama’s role is most needed: How as shepherds they can explain and convince their herds or flocks to believe and follow.

The Ulama can guide us the way to salvation for they are supposed to be the enlightened on the Guidance of Allah. They are supposed to know how to teach us guidance on what to do in order to escape from this miserable life we are in.

But our problem now is our Ulama are not united, they are even bickering with each other. Worst, there are many who pretend to be among the learned calling themselves Ulama also. And worst, politicians in this era couldn’t be relied upon to help as our saviors.

And at these trying times, what we can do best is to strengthen our religious beliefs in thought, in word and in deed. Then solemnly pray and beseech God to give us leaders from among us to guide us out of this misery into freedom with dignified life.

Masiding Noor Yahya is an independent Maranao thinker acclaimed “Dean of Mranaw Journalists.” Before he founded and edited Philippine Muslim Today, he used to write for The Manila Times and the defunct Brunei Times. He was the protem secretary general of the Organizing Committee of the World Federation of Muslim Journalists in Kuala Lumpur. He founded The Ranao Star weekly, the longest running community newspaper in Marawi City and Lanao del Sur. This article is his personal view and not of PMT’s