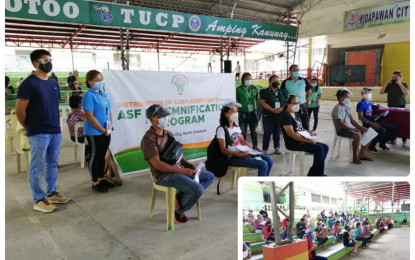 COTABATO CITY: One hundred forty-two hog raisers from four villages in Kidapawan City whose piggeries were affected by the African swine fever (ASF) have received cash indemnification assistance amounting to some PHP3.6 million from the Department of Agriculture in Region 12 (DA-12).

“They received a total of PHP3,585,000 cash assistance from the DA as part of the program to help the hog raisers cope with their losses brought about by ASF disease,” Gornez said over a local radio station Thursday.

He said each hog raiser got PHP5,000 for every culled swine that they owned.

Data from the city veterinary office recorded the last ASF case in the locality on December 4 last year.