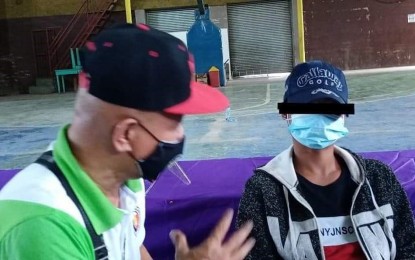 PAGADIAN CITY, Zamboanga del Sur: The National Intelligence Coordinating Agency in the Zamboanga Peninsula (NICA-9) said it has an “airtight case” against several leaders of the communist New People’s Army (NPA) for child exploitation and other crimes.

NICA-9 Assistant Director Bonifacio Pulgo cited Monday the case against Rowil Muñasque, one of the identified NPA leaders under the Western Mindanao Regional Party Committee (WMRPC), who is facing child exploitation charges lodged by the parents of a former child warrior.

Pulgo said the case against Muñasque is a classic example of child exploitation by using the victim “as a child warrior in fighting against the government.”

A regional court based in the nearby town of Aurora was supposed to start the hearing of the case on March 16 but was postponed after the court was placed on a lockdown following a reported coronavirus disease 2019 (Covid-19) infection involving one of the staff.

Provincial Prosecutor Fernando Cagoco Jr. said that aside from violation of Republic Act 1118, also known as the Special Protection of Children in Situations of Armed Conflict, Muñasque, and several WMRPC leaders are also facing attempted murder and arson charges.

“Some cases are set for first trial while the others were on the trial stages already,” Cagoco said Monday.

Cagoco described the cases against the NPA leaders as “very strong,” especially the child exploitation case filed by the parents of the unnamed former child warrior.

Pulgo said the government is now looking into the recruitment of the youths by the NPA, accusing the communist rebel movement of deceiving minors of “wrong ideologies” and “destroying the future of the children.”

“We should put a stop on the treachery and lies they use to lure the minors into joining their armed struggle,” Pulgo said.

He vowed that NICA’s community engagements will continue “not only to the youth sector but also to the local government units by making them understand the current situation of the problem with the NPA.”

The NPA is listed as a terrorist organization by the United States, European Union, the United Kingdom, Australia, Canada, New Zealand, and the Philippines.