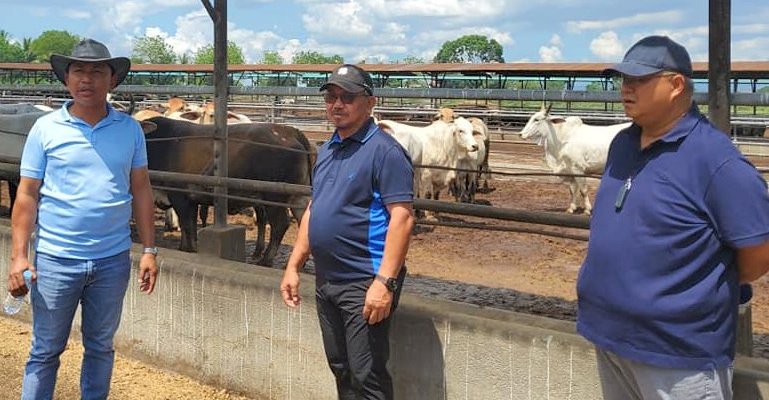 DAVAO CITY: Five provinces in the south have been eyed as pilot areas for the Mindanao Development Authority (MInDA), with officials of Lanao del Sur and Misamis Oriental sounding off interest in joining the venture to augment existing life-enhancing projects in their respective turfs.

In a live video broadcast by MinDA that day, Gov. Adiong acknowledged the program’s bright prospects in his turf, citing initially the town of Wao as a site of preliminary cattle breeding.

Between Feb. 10 and 16, Governors Edwin Jubahib of Davao del Norte and Nancy Catamco of North Cotabato have also agreed with Sec. Piñol for the adoption of the program in their respective provinces, it was learned.

So far, the fifth pilot province for the CDP has yet to be known, even as MinDA waits for challenge acceptance by a prospective provincial government, Tamayo said.

The CDP is one of innovative programs initiated by MinDA for food production and job-generating thrust, tapping also the assistance of the agency’s regular partner – the Development Bank of the Philippines, he said.

It aims to boost local food production meant to address any eventual food shortage and, at the same time,  establish an economic enterprise project to earn revenues for the local government units.

Sec. Piñol said the DBP will provide low-interest loans to assist the LGUs in establishing facilities for the Mindanao Livestock Industry Development Program. The estimated cost of the project per province is P100-million, he said.

“Upon identification of the 5th participating Pilot Province this week, the Cattle Breeding and Fattening Program will be rolling out by June this year,” he said.

Piñol explained that the Cattle Breeding and Fattening Program involves a facility in each of the provinces where at least 1,000 steers or bullock (neutered young male cows) will be fattened for 100 days under the supervision of MinDA Livestock Consultant Arnel Corpuz and his team.

“The fattened steers are initially acquired from Australia’s Northern Territory which had been shipping young cattle to the Philippines for decades now. A Cattle Ship which sails from Australia to Mindanao could load up to 5,000 heads which explains why the program needs five provinces with a 1,000-head allocation to start with,” he added.

The program’s second component involves 500 local cows to be acquired by the province for impregnated through artificial insemination using semen from outstanding bulls to upgrade the local cattle population, he said.

The third component is the province-wide AI for farmer-owned cows using semen from outstanding bulls to upgrade the local cattle population, and the fourth component is the establishment of an abattoir and processing facility to ensure that the province will enhance value-adding on the fattened steers, he said.

Every month thereafter, five other provinces will be encouraged to join the program to ensure that by September, Mindanao will be producing 5,000 heads of fattened steers for its consumers.