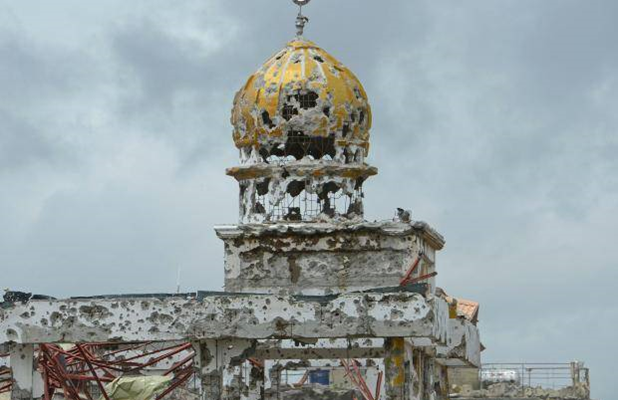 On October 17, the government commemorated the third anniversary of what it said “Liberation of Marawi.” Ironically, many do not understand or are confused on what has been liberated of.

These many, perhaps, do not believe there is no one, not even the Mauti and allied terror groups, who laid siege on the Islamic city of Marawi on May 23, 2017 which took a five-month war between them and government forces before the government said the city was liberated.

The war devastated the city, displaced tens of thousands of residents and killed about a thousand or more. After three years, evacuees are still suffering in shelters and government projects many of whom have hopelessly died — desperate if they could return to their homes and personal properties.

A group of Marawi residents who belong to the Marawi Reconstruction Conflict Watch (MRCW), an autonomous monitoring group, has said it well.

In a statement on Saturday, October 17, 2020, MRCW said it has been three years since the government declared Marawi liberated, but there is no real liberation to speak of.

“Most of us have not been allowed to return to our homes and rebuild our lives. There has been no compensation for the damages to our personal properties. Thousands of us remain in shelters and housing projects in dire conditions, with sanitation and the supply of basic utilities wanting,” said the MRCW.

MRCW was formed three years ago to help ensure that the reconstruction and redevelopment of Marawi is inclusive, context-responsive, and sustainable. Its aim is not to condemn nor denounce, but to genuinely help out and lobby the government to address salient issues that fuel anger, frustration, and potentially, violence.

“Even if some have benefited from what has been achieved so far, the majority of our people haven’t. The sad fact remains that progress is slow, funds are lacking, and implementation could be improved. We are fractured, and restoring relationships is difficult when we cannot even meet our basic needs adequately,” said the group.

“This continues to fuel despair and frustration that threaten the fragile peace in our communities. Tensions rise over land and property rights as reconstruction activities start. These may worsen existing identity-related conflict and may trigger violent flashpoints and a stringing of conflict – a situation ripe for the resurgence of violent extremism, the thing that the government declared we have been liberated from,” MRCW warns.

On the eve of the third anniversary of the so-called liberation of Marawi, the House of Representatives approved on third and final reading the proposed ₱4.056-trillion national budget for 2021 (House Bill No. 7727 or the 2021 General Appropriations Bill) as the government urged for the “rebound, reset and recovery” from the adverse impact of COVID-19.

“But what about the displaced families and entire communities in Marawi who continue to live in shelters, shouldering the heavy burden and constant risk of virus infection and the stigma of being Muslims, of being displaced, and worse, of being associated with terrorists?” asked the group.

Recent data from the Provincial Inter-agency Task Force showed that the province of Lanao del Sur has logged a total of 697 confirmed COVID-19 cases as of September 30 of which 354 (50%) are from Marawi. Moreover, 111 (72%) of the 153 active cases are from the city. “The impact of the COVID-19 pandemic adds another layer to our hardship and suffering and reinforces existing vulnerabilities, threats, and risks.”

“As of August 2020, the government has only released ₱22.2 billion for the rehabilitation of Marawi. This is barely half of the total funding requirement of the project which stands at ₱60.5 billion. The dismal amount on top of issues on disbursement and absorptive capacity in the past paint a bleak picture for us all. With only 16 months left until the 2021 year-end deadline of completing reconstruction projects, can the Duterte administration still deliver its promise that Marawi will rise as a prosperous and peaceful city again?” MRCW said.

Indeed, three years have passed and it has become clearer that the Marawi people have not been liberated. – Muslimedia.PH