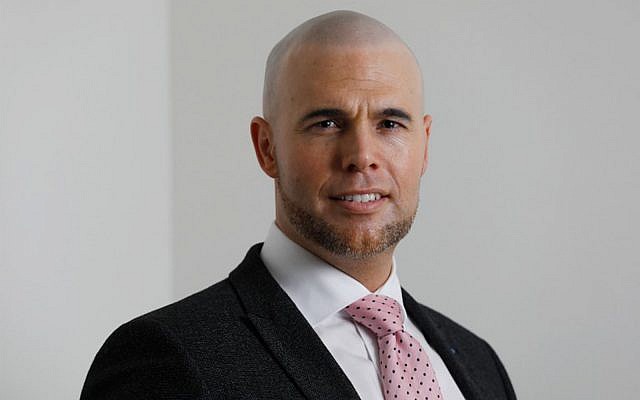 ILIGAN CITY: A European politician who said ‘the Quran is poison’ has announced he has become a Muslim after trying to write an anti-Islam book.
Former Dutch MP Joram van Klaveren who spent several years serving far-right and anti-Islam politics in the Netherlands took the world by surprise when he announced his conversion to Islam recently.
Van Klaveren was a right-hand man to Dutch anti-Islam politician Geert Wilders, took the world by surprise when he announced his conversion to Islam recently.
Van Klaveren had denounced Islam as a “lie and said, “the Quran is a poison” during his time as a politician for the Freedom Pary (PVV).
However, the 40-year old has now said he had become a Muslim while writing what was intended to be an anti-Islam.
“During that writing, I came across more and more things that made my view on Islam falter,” he told Dutch TV show Nieuwlicht.
Mr. Wilders compared his former right-hand man’s conversion to “a vegetarian going work in a slaughterhouse” RTL TV reported.
“You are like a vegetarian working in a slaughterhouse,” Wilders told Van Klaveren upon his shift to his newfound faith, the former MP recalled in an interview with Hürriyet Daily News on Feb. 12.
Van Klaveren was a lawmaker for the Party of Freedom (PVV), led by the Dutch populist Wilders, from 2010 to 2014. He was seen as Wilders’ right-hand man and was also the party’s spokesperson on Islam.
But he left after Mr. Wilders asked supporters if they wanted fewer Moroccans in the Netherlands during a rally in 2014.
When the crowd shouted back “fewer” Wilders smiled and answered: “Then we’ll fix it.” He has since been convicted of inciting hatred and discrimination.
He added: “But that was PVV policy: everything that did not work had to be linked to Islam in one way or another.”
In an interview with a Dutch newspaper, NRC, Van Klaveren said his comments about Islam were “simply incorrect”,
Van Klaveren’s book, which he initially intended to be anti-Islam will now be called Apostate: From Christianity to Islam in the Time of Secular Terror.
“I favored Wilders’ policies especially on the economy because he promised very low taxes, a smaller government, etc. Of course, he was critical of Islam, I was too. Because in 2004 an artist, Theo van Gogh, was killed by the people who called themselves Islamists. 9/11 and other attacks added to that. Also in my studies, Islam was taught very superficially, thus I developed a wrong view on Islam. I was thinking all Muslims wanted to kill Christians,” he said, recalling the time he joined the PVV.
Van Klaveren fought a relentless campaign against Islam for many years. “I studied comparative religion at university, that’s why I took that position, but I was the spokesperson of the party on Islam. So after Wilders, I was the main person who could talk about Islam. That had lasted seven-eight years.”
But his views drastically changed during a party rally in 2014.
“Wilders asked supporters ‘do you want more or fewer Moroccans in the Netherlands?’ Then the crowd shouted back ‘fewer, fewer, fewer.’ Wilders smiled and answered: I’ll make sure that it will happen. Then I thought it’s not about political ideology anymore, but the idea of getting rid of an ethnic group. A lot of people thought he sounded like the Nazi [Joseph] Goebbels. I thought he was crossing a line. Then I left the party,” he said.
Van Klaveren, 40, said he had changed his views halfway through writing an anti-Islam book, which morphed into a defense of the religion.
“While I was writing the book I started to make researches, then I wrote to Timothy Winter from Cambridge University, who got the name Abdul Hakim Murad after he converted to Islam. I thought he would not answer me because I was a far-right politician. But he did. After some conversations, he said: ‘The Islam you think you know is more like Wahhabism.’ I asked him: ‘What is real Islam then?’ He gave some book names that he wanted me to read; he sent me some other books. He answered my questions and opened the gates for me. I started re-writing my book,” van Klaveren added.
He said that all the stereotypes he had about Islam, including how they treat women “badly” or wanted to take over the world through terrorism, vanished in the months he read about Islam.
He said he discovered that many anti-Islam stories had no basis at all. “Then I started reading about Prophet Mohammad and his life. I discovered another Prophet Mohammad who was very gentle, very helpful, very understanding towards people who were not Muslims at all. Then I thought what I knew was not the real Islam,” he said.
“When I started socializing with imams in the Netherlands they said that I slowly turned into a Muslim, ‘believe it or not you are a Muslim,’ they told me after several conversations,” van Klaveren, who grew up in an orthodox Protestant Christian environment, said.
He took the shahadah, an oath which means “There is no God but Allah and his prophet is Mohammed,” last November. Since then he has learned some of the essential prayers. His next target is to pray five times a day. “I have to learn everything as I am a religious baby, I have the intention in the heart,” he said.
When asked how his family reacted to his decision, he said: “Some thought I went crazy. But my brother and my wife said that they feel happy for me. My grandfather is very religious. He is in sick bed now that’s why I hesitated. But he woke up one day and I was all over the news. He was in shock. Old political friends were not happy. Wilders told me that he sees me as a vegetarian working in a slaughterhouse.” (With reports from agencies)