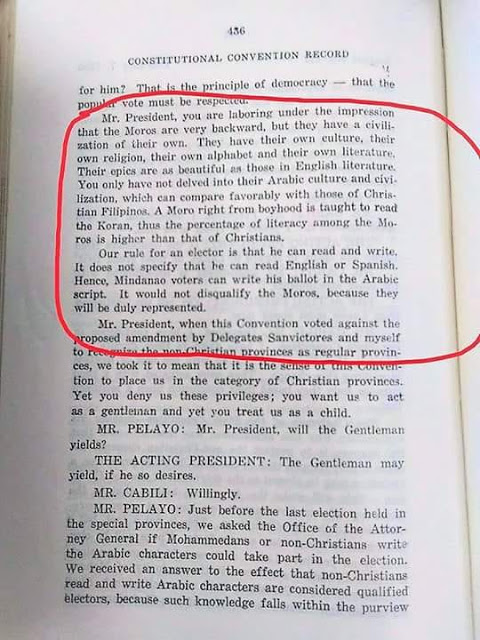 MANILA: The late Senator Tomas L Cabili was a great defender of the rights of the Muslim minority in 1935, and, if he were alive today, the Muslims it could be possible that the Moro problem would have been solved long time ago, and that “…the Muslims in the Philippines can get a law better than the BBL plus the Organic Act governing the autonomous region in Muslim Mindanao,” as facebooker Gammy G. Anugod said.
Anugod opined: “It seems that majority of the delegates to the 1935 constitutional convention believed that the Moros were backward and ignorant people. But Senator Tomas Cabili defended the Moros and told the delegates that this people have their own culture, religion and alphabet and that their percentage of literacy was higher than those of the Christians.”
The above document (thanks to the friendly and amiable Library Staff of the HREP for assisting me on this) will prove what I mean.
Another document (below) is a local newspaper article which testifies that the late Senator Tomas Cabili was largely responsible for encouraging then Defense Secretary Ramon Magsaysay to run for the Presidency without any personal interest in return. 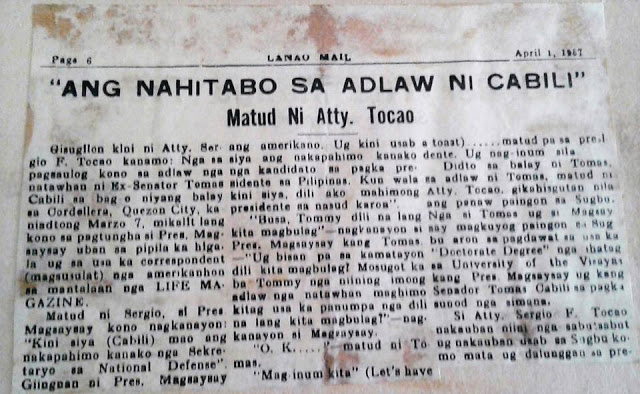 And that, my fellow Iliganons, speaks of the untinted principle of the man-Senator Tomas Cabili, the exemplary Iliganon. (Source: Fulgencio Cabili) – RSP