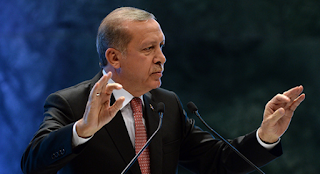 TURKEY, March 18, 2017 — Next month, the Turkish people will vote in a referendum which could grant the country’s presidency and, by extension, President Recep Tayyip Erdogan, sweeping new powers.

But with as many as three million Turkish votes in European countries up for grabs, campaign headlines have focused on a war of words with Germany and the Netherlands over their decision to ban rallies in their territory.

President Erdogan’s rhetoric of a “Nazi”, Islamophobic Europe crushing Turkish ambitions has been echoed by a cohort of loyal media, looking to stir up nationalistic fervour and drum up support for a “Yes” vote.

A few journalists daring to openly support the ‘No’ vote have been showed the door.

• Israel’s new public broadcaster set to be launched next month may have to be postponed yet again as it continues to be mired in political controversy.

• A Basque reporter, fined by authorities under Spain’s contentious gag law, has had his case dropped by public prosecutors.

• There has been another murder of a reporter in the Philippines. The motives are unclear, but the government of President Duterte says it is looking into the crime.

Media battles on the air in Pakistan

A verdict from a British court in late 2016 signalled a formal end to a long-running battle between two of Pakistan’s biggest news channels – Geo and ARY. Now, in the aftermath of that fight, is a moment for the news industry there to reflect and reform.